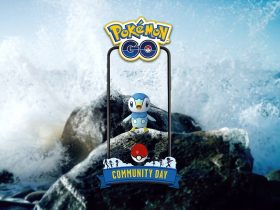 Niantic has released an extensive software update for Pokémon GO on Android, which brings the location-based game to version 0.57.2.