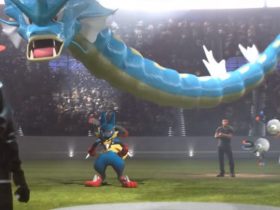 As Pokémon GO Fest and the solstice event prepare to celebrate the game’s first anniversary, The Pokémon Company and Niantic have announced that Pokémon GO has surpassed more than 750 million downloads worldwide.

The last milestone was when the location-based game had been downloaded more than 500 million times worldwide, which was last September. That means that the rate of interest has certainly slowed, but there have been over 250 million downloads in the nine months since.

“It’s been an incredible first year for Pokémon GO thanks to the passion and dedication from the global Trainer community,” enthused Niantic CEO John Hanke.

“As part of the first anniversary, we’ll be giving players around the world the chance to enjoy fun in-game events, engage with friends and other Trainers at real-world events, and much more.”