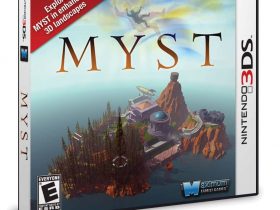 Whilst Nintendo have already deemed 2013 the Year of Luigi, The Pokémon Company International are seeing the year as marking a “new era” for their own franchise.

Whilst we can look forward to Pokémon Mystery Dungeon: Gates to Infinity next month, as well as Pokémon X and Y in October, there’s also a new TV series, film and toys preparing for launch, alongside the 2013 Pokémon European Video Game Championships.

Tomy International have also been enlisted to globalise the enormous quantity of Pokémon toys that are currently a rarity outside of Japan.

“Undoubtedly 2013 is a key year for us to grow and usher in a new era for Pokémon with Pokémon X and Pokémon Y and the introduction of new characters as the launch platform,” commented Anthony Cornish, marketing director at The Pokémon Company International.

“We believe these games will appeal to all generations both veterans and newcomers to Pokémon.”