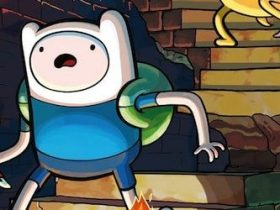 Adventure Time: Explore the Dungeon Because I DON’T KNOW! announced

The internet can be a particularly vile place at times. Following the devastating events in Japan on Friday, a vicious rumour spread through social media site Twitter that creator of the Pokémon series, Satoshi Tajiri, had died during the tragedy.

Thankfully, he has now confirmed that he is completely fine, assuring fans through his Facebook account that nothing is wrong.

Tajiri had been victim of a sickening death hoax started by Twitter user @xCyrusAndLovato, in which they wrote “The creator of Pokemon died today in the #tsunami, #Japan. RIP: Satoshi Tajiri. #prayforjapan.”

Whilst those with some shred of logic would treat it as a hoax from the outset until confirmation arrived, many jumped to conclusions and such rumour spread like wildfire.

Luckily, Tajiri has since put a stop to the rumors by posting his own message on his Facebook account, writing “Dear Hummingbirds, what’s this nonsense about me being dead?”

He was also keen to clarify that he worked as the CEO of Game Freak, rather than directly for Nintendo of Japan:

“Also, I don’t work at Nintendo Japan, I’m the CEO of Game Freak (everybody is fine),” before finally pleading for help from those that can offer it, “More importantly, if you can, help Japan.”

You can donate to the British Red Cross Japan Tsunami Appeal through the following link, here.