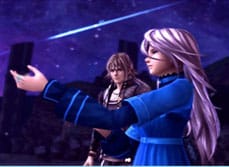 Pokémon composer Shota Kageyama has announced that he has left Game Freak, having spent “six years and seven months with the company.”

Such a tenure saw him work on Pokémon X and Y, Pokémon Black and White, Pokémon HeartGold and SoulSilver, and the recent Pokémon Origins anime miniseries, whilst also collaborating on the soundtracks that accompanied Luminous Arc and Super Smash Bros. Brawl.

“Happy New Year, everyone,” Kageyama wrote on social media site Twitter. “I’m sorry to raise a personal matter, but I left GAME FREAK, who has been good to me these past six years and seven months, on December 31 to start a new music brand called Spica Musica.”

He shared that his colleagues at Game Freak wre supportive of his decision, and that he hopes to once again work with them in future.