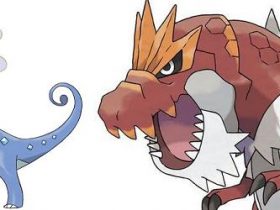 The Pokémon Company International are preparing to make an announcement on January 8th, Serebii.net report.

Such news was confirmed by a teaser, shown at the end of a Pokémon Black 2 & White 2 trailer that is currently being aired across Japan.

Regrettably, it is unknown as to whether this will relate to either current Pokémon games, a new Wi-Fi distribution event, or an entirely new game.

Whatever is announced, though, we’ll be sure to keep you posted!