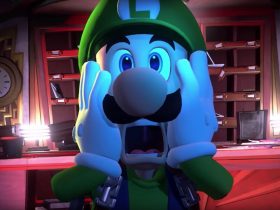 The accessory actually only has two buttons. The Control Stick can be clicked which acts as the A Button, while a second button on the top of the Poké Ball Plus is the B Button.

So, where is the Y Button? Well, Nintendo and Game Freak have come to rely on the accessory’s gyroscope and accelerometer for this, and, whenever you want to use a menu option that requires the Y Button, you simply need to shake the Poké Ball Plus. And, yes, it sure does feel strange at first, but it’s certainly something that you will get used to.

If not, then your other option is to explore the Kanto region using a Joy-Con, which provides you with more immediate access to the A, B and Y Buttons, as well as others that are used to perform quick commands on the game’s menu screen – such as taking a Pokémon out of a Poké Ball.

If you need more pointers, we have guides on the version exclusive Pokémon, Mega Stone locations, Cinnabar Island Pokémon Quiz answers, a list of the new Attack moves, and all 153 Master Trainer locations.