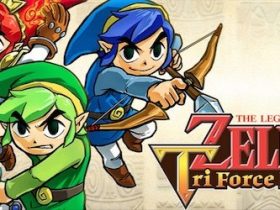 Nintendo on why you can’t play as Female Link in Zelda: Tri Force Heroes

The Pokémon Company International have announced an upcoming distribution event for Pokémon X & Y across Japan.

This is the same Vivillon that was distributed at the pop-up Pokémon Center that was open in Paris throughout June, that being a Level 12 Vivillon with Stun Spore, Gust, Light Screen and Struggle Bug moves.