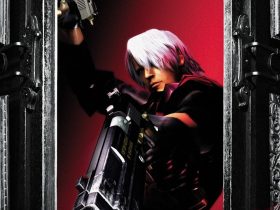 Devil May Cry Coming To Nintendo Switch This Summer

Whether breaking high scores in single player, teaming up with a friend in co-op multiplayer, or destroy them in a head-to-head battle, you can then upload your best scores to the Worldwide High Score Leader board using the onboard Wi-Fi.

The are 16 pre-installed games that are the original Capcom arcade ROMs with emulation that FBAlpha has exclusively provided, which are:

The Capcom Home Arcade will release worldwide on October 25th, and is now available to pre-order from Amazon UK.