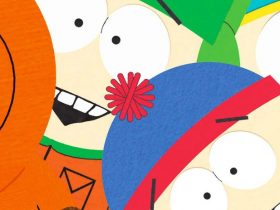 Open-world South Park game was once prototyped for GameCube

Yooka-Laylee‘s Kickstarter campaign has been a resounding success for Playtonic Games, and now the developer, formed of ex-Rare creative talent, has touched on the Wii U version.

While PlayStation 4 and Xbox One pack more of a technical punch in comparison with Nintendo’s console, Playtonic “will be looking for parity” on all systems that Yooka-Laylee’s headed to.

“Our engine, Unity, is multi-platform. But we will see what happens when we try switching on all the dev kits we will be receiving in the future,” creative lead Gavin Price explained to MCV. “We have still got that hurdle to come across. But we are looking forward to it.

“We have a very good technical director, and he is a big Wii U fan. So we will be looking for parity across all the platforms if we can. And it would be nice to take advantage of a few platform features or exclusive content.”

Price, a self-confessed Nintendo fan and amiibo collector, has pondered the idea that they could create Yooka and Laylee amiibo – even having already begun discussing the possibility with Nintendo.

He continues, “With any big company, these discussions don’t happen as fast as us as a team of seven would like. When we want to do something, we can do it tomorrow. But when you are working with partners, we have to work with them at their speed. So something in that area is still very much in our plans, and there is nothing that is impossible to overcome, so what we do with that we will reveal at the right time. But we know what our own expectations are, because we are fans of this stuff ourselves, so we know what is right and what is expected.”