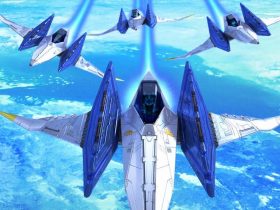 Scalebound had originally been conceived as a project destined for Wii, according to PlatinumGames director Hideki Kamiya.

The concept had seen players in the role of a young girl that could command dinosaurs. This put the Wii Remote to use, but Kamiya replaced dinosaurs with dragons and put the project on the backburner when they couldn’t didn’t finalise the lead character.

“If you look at the long span of it, the first idea [for Scalebound] was when we started the company and were thinking of ideas and games that we want to make,” Kamiya explained to GameSpot. “The idea popped up there, but then we made Bayonetta. Then after Bayonetta, we revived the idea and made a prototype but that prototype failed and the game got cancelled. It was put on a backburner for a variety of reasons and we moved on to The Wonderful 101.”

As Platinum wrapped up development on the Wii U exclusive, Kamiya revised his Scalebound pitch as a project that the studio could move on to next. The revived game has now been in development for two years, but it had been originally pitched on Wii and had explored implementing motion controls in a way that allowed players to command dinosaurs.

“When they first started, the idea was for a Wii game and we wanted to use a Wii Remote to do the orders for the dinosaurs,” Kamiya revealed. “You were in control of the dinosaurs, you were ordering the dinosaurs around, and they’d do cool things. Then after we made Bayonetta, we started the prototype. The first thing that I made a change to was making it a dragon game.”

He continued, “We changed the dinosaurs to dragons, but at that point the lead character was even weaker than [current protagonist] Drew is in the context of Scalebound. She was actually a little girl who was with these dragons. As we were making this prototype, I realised that I didn’t want to just be watching the fight, I wanted to be more participatory in the fight. And I started talking with the staff about how maybe we should change this to be a swordsman or someone a little bit older. This was when the prototype got put on the backburner, so to speak, and the project was halted. Then we made The Wonderful 101.” 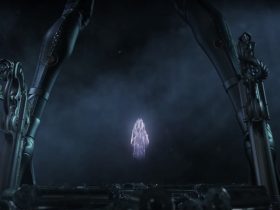 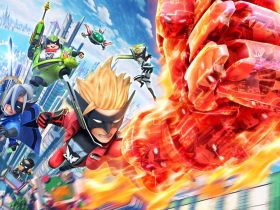