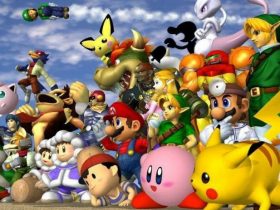 PlatinumGames has once again reiterated that Bayonetta 3‘s development has not been cancelled and that the game is still destined for Nintendo Switch.

“I’m on Twitter so I see a lot of comments every day,” Hideki Kamiya explained to Video Games Chronicle. “I’m happy that there’s still anticipation for the title, but one thing I would like to address is the trend I’m seeing which is people who are starting to ask if the game has been cancelled.

“I want you guys to take any concerns you have like that and throw them out the window immediately because we’re still hard at work on it and it hasn’t been cancelled by any means. Please look forward to it!”

This isn’t the first time that the developer has had to reassure those awaiting the upcoming game.

Bayonetta 3 was first revealed at The Game Awards 2017, and, nearly a year later in September 2018, PlatinumGames explained that the game’s development was “on course” and “that everything is going very, very well.”

Fast forward to February 2019’s Nintendo Direct, and even Nintendo’s Yoshiaki Koizumi made sure to assure fans that PlatinumGames remained “hard at work” on Bayonetta 3.