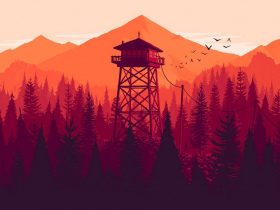 “Unfortunately, creative differences arose as Cooking Mama: Cookstar was near completion that were outside the scope of our agreement and the game design approved by Office Create.

“By contract, Planet is fully within its rights to publish Cooking Mama: Cookstar. There is no active litigation or ruling that prevents Planet from publishing the game.

“Cooking Mama fans have been very enthusiastic about Cooking Mama: Cookstar, including the many new features including Vegetarian and Unicorn food, Potluck Party plus more.

“We appreciate the overwhelming positive response and support from Cooking Mama: Cookstar fans.

“Office Create has our total respect. We thank them for their wisdom and wish them well.”

Original Story: Office Create has announced that they are “evaluating all legal action” against Planet Entertainment, in response to breaching their contract in relation to Cooking Mama: Cookstar.

The license holder had criticised the game’s poor quality and “wide range of deficiencies,” requesting that these be addressed before the game was resubmitted for approval.

However, the Nintendo Switch game has been released “without Office Create’s approval,” and, further to that, an upcoming PlayStation 4 port does not have the required license to be made.

“We would like to thank our fans and customers for their support over the years for the Cooking Mama franchise. As many of you know, Planet Entertainment LLC (Headquarters: Connecticut, USA; “Planet”) recently released Cooking Mama: Cookstar for sale in the U.S., Europe and Australia. This was an unauthorized release in breach of Planet’s contract with Office Create,” the developer explained in an update.

“In August 2018, Office Create licensed Planet to develop the Cooking Mama: Cookstar game for Nintendo Switch. Unfortunately, the quality of the game builds failed to meet the standards that our customers expect and deserve. Office Create rejected a wide range of deficiencies affecting the overall feel, quality and content of the game. Yet, despite being contractually obligated to correct the identified deficiencies and resubmit the corrected game for Office Create’s approval, Planet proceeded to release Cooking Mama: Cookstar without addressing all of the rejections and without Office Create’s approval.

“On March 30, 2020 Office Create notified Planet of its immediate termination of the license due to Planet’s intentional material breach of the license contract. Despite such notice, Planet continues to advertise and sell the unauthorized version of Cooking Mama: Cookstar on its website in willful violation of Office Create’s rights. To date, Planet has not confirmed the status of the unauthorized PS4 version.

“Office Create is evaluating all legal action against Planet to protect our customers, intellectual property rights and the Cooking Mama series. In the meantime, we thank our customers and loyal Cooking Mama fans for their continued support and sincerely regret any confusion and disappointment that has been caused by Planet’s conduct.”