Plague Road is a tactical RPG with a wonderfully gritty art style, an interesting story and a diverse cast of characters. Played like many other games of this ilk, you’re given a story, which is light here, and a robust selection of fighters who will battle bandits, animals and monsters over a grid-based system. Starting out, you only have a plague doctor, who has been called to the city on business. After a brief tutorial on how to fight and move, you’re dropped into the deep end; get out there and fight your way to civilisation.

Frustratingly not much else is told to you after this and much has to be learned from dying often, probing menus and taking wild stabs in the dark. After a few pointless deaths, I realised that dying might be the key to proceedings. I saw female shadows hunched down along the paths which the tutorial had told me were survivors. Talking to them sends them to your ranch on the outskirts of the danger zone. When here, you can reveal the survivor and discover whether they are a peasant, witch, nurse, soldier. Only then can you assign them to your team, making you stronger and enabling you to reach further on expeditions. 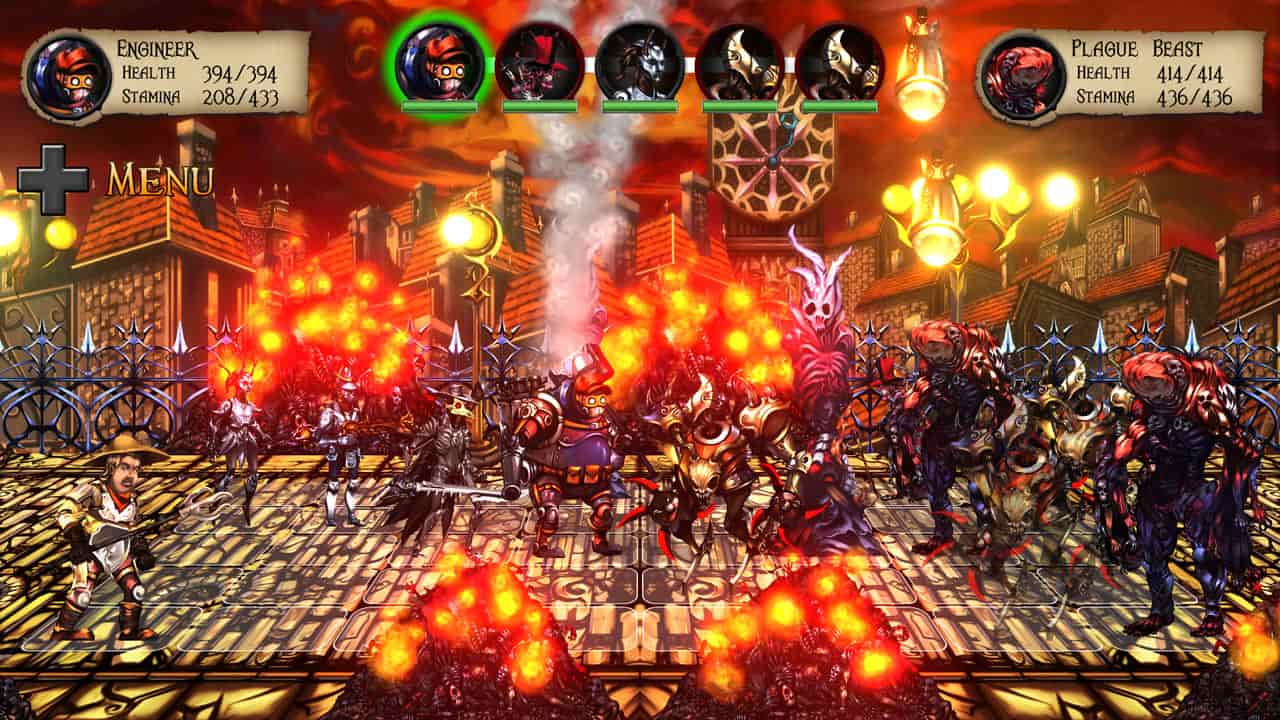 After this, there are still some vague features, but the game becomes a lot more comfortable to play. Fights take place when you cross the path of an enemy and the screen is covered with a grid, all combatants are placed in random spots. There isn’t a robust levelling system in place, so the fights feel a little bland. I was never chasing a particular goal or the unlock of a special move. All of this, seemingly is done, again, back at the ranch.

As you find survivors you can retire them – I have no idea where they go, hopefully to some farm where they can roam and live out their days – retiring them fills various bars, unlocking new abilities or increased pouch capacity for crafting potions. In the opening hours, I found myself dying all too often, but much of what happens is random; you might find a nurse, or you might not. Even if you do, she may only come with the power to heal over time, instead of heal for a batch of health. This means venturing out, finding people and heading back to base to see what your team might look like.

It does add some intrigue and suspense, because you never truly know what you’ll return to. It didn’t take me long to find a peasant who was high on health and damage stats; next came a nurse who could cast heal, bolstered by witches who dealt damage from range. Once my party clicked my enjoyment increased. There are a few downsides thought which hamper any ability to let loose and truly love this game. 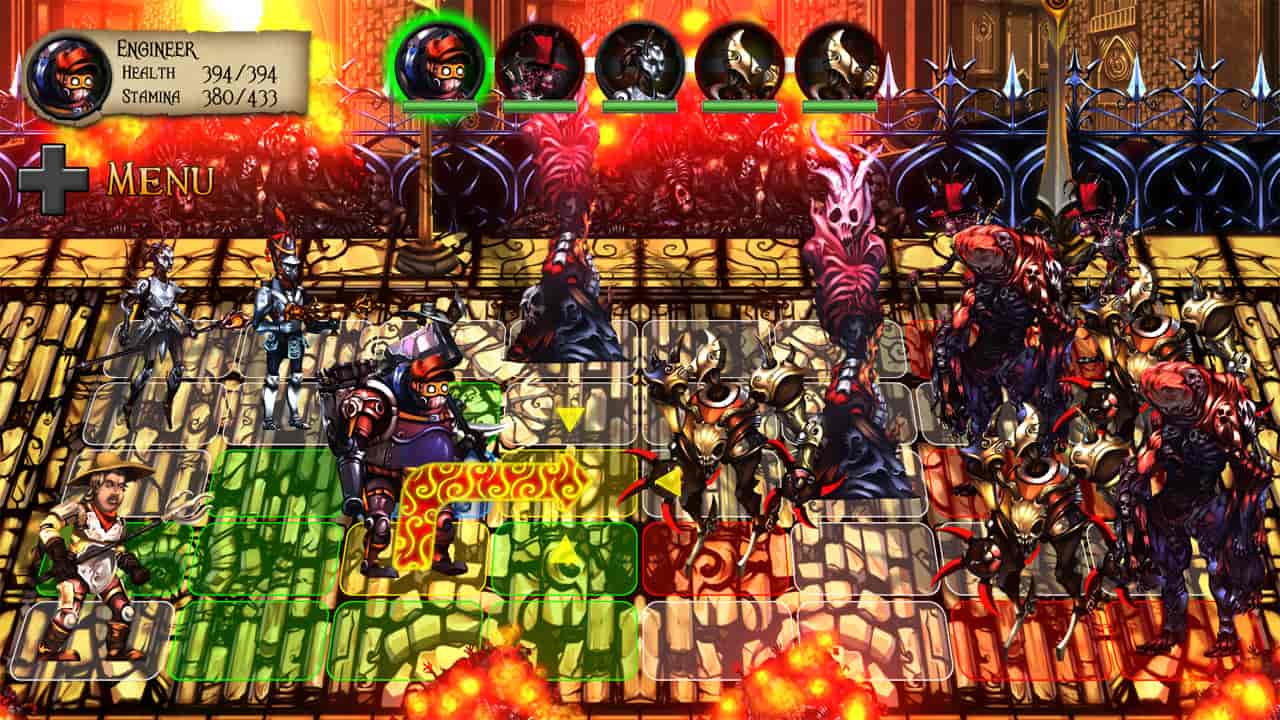 The environments are randomised. If you have a full party with potions, you can’t collect treasure from chests. Returning to the base wipes all progress made in the wilds, meaning if you don’t have a strong enough party, you’ll end up having to repeat sections, which will always change and branch off to new places. It seems the only constant is small story pieces and characters integral for the narrative. This became tiresome in the end. Especially when I’d uncovered much of the map only to find I needed to replenish my potions at the base, head back out and everything had changed.

Unless I’m missing something integral, I can only say that Plague Road became boring and repetitive. I wouldn’t mind so much if I was grinding mobs to level up or mapping areas, but after so many deaths I found I just didn’t want to play any longer. Which is annoying because the game has a great aesthetic appeal, some interesting options and when it flows, it does so with verve. If I did miss anything, I can only lay blame with the tutorial system, because it doesn’t really do enough to paint a full picture for players.