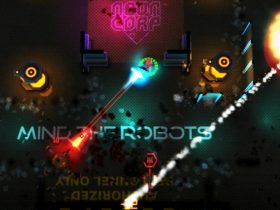 With DOOM and The Elder Scrolls V: Skyrim already settling comfortably on the Nintendo Switch, it was only a matter of time until the licensed Bethesda Pinball collection would finally make its way into the Pinball FX3 catalogue. So, while we wait patiently for the promising-looking Wolfenstein II: The New Colossus to drop, what better way to kill time than to smash a shiny chrome ball across old kingdoms, radioactive wastelands and a Hell-fueled Martian landscape.

Originally released across other platforms in 2016, this trio of pinball tables takes three of the most prominent franchises and transforms them into a box of bells and bumpers. The titles to be converted this time around are, of course, Fallout, The Elder Scrolls V: Skyrim and DOOM. Before we actually delve into them, one thing that is evidently clear is how all three portrays the spirit of each game incredibly well. There’s the rusty old rails decaying around the Fallout table, the dragon fire of The Elder Scrolls V: Skyrim and the manic sprint of DOOM. Each faithful to their own lore, all of which play very differently from one another.

However, there is one big problem to be had within the collection – most notably with the DOOM table. The thing is, the DOOM table is so good, that the other two offerings completely pale in comparison. It happens to be the most conventional out of the three, concentrating solely on racking up points as opposed to the more experimental RPG elements found in the other two. The flow of the table is fast, furious, and rides at an angry pace, very much like an angry DOOM guy woken up from a lovely dream. 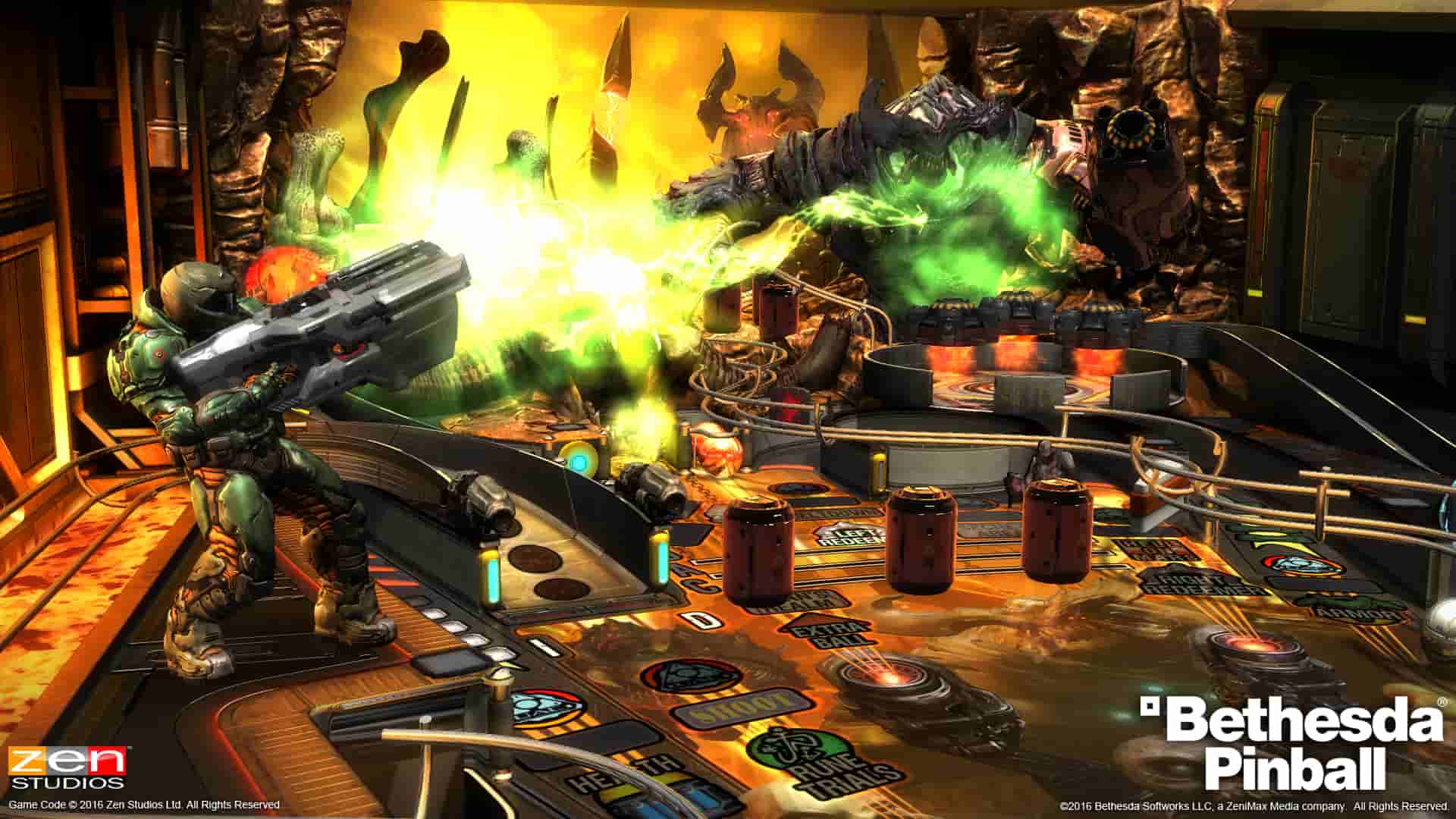 Everything that shapes the ultra-violent FPS is here, from the chainsaw-grinding heavy metal soundtrack to the rush of a demonic lockdown. It’s a tense, adrenaline-fueled affair that not only feels like modern DOOM, but also stands as one of the best tables I’ve experienced within the Pinball FX series. You have two difficulties here to choose from. There’s the standard, “Hurt Me Plenty” mode, in which allows you to earn extra balls and spring backs for the out lanes, and the, “Nightmare” mode, that doesn’t offer anything of the sort but can raise your score count quite significantly.

Everything you know and love is implemented solidly on this table. Such as a weapon wheel to holster a Super Shotgun or a Gauss Cannon, that you can aim the ball with from the central out hole. I don’t want to go into too much detail because pinball is, after all, about exploring the features for yourself. However, visually it’s a gorgeous looking table and easily one of the better-looking ones in Pinball FX3 on Nintendo Switch. Especially with the Cyberdemon lurking in the corner with his big-arse arm cannon.

While the Fallout and The Elder Scrolls V: Skyrim tables do provide a different experience, what they have in common is how you can choose and level up your character. In the Fallout table, you get to pick between a male or female protagonist with points to spend in order to balance out your S.P.E.C.I.A.L attributes. However, unlike with The Elder Scrolls V: Skyrim table, you cannot save your progress over to the next game. 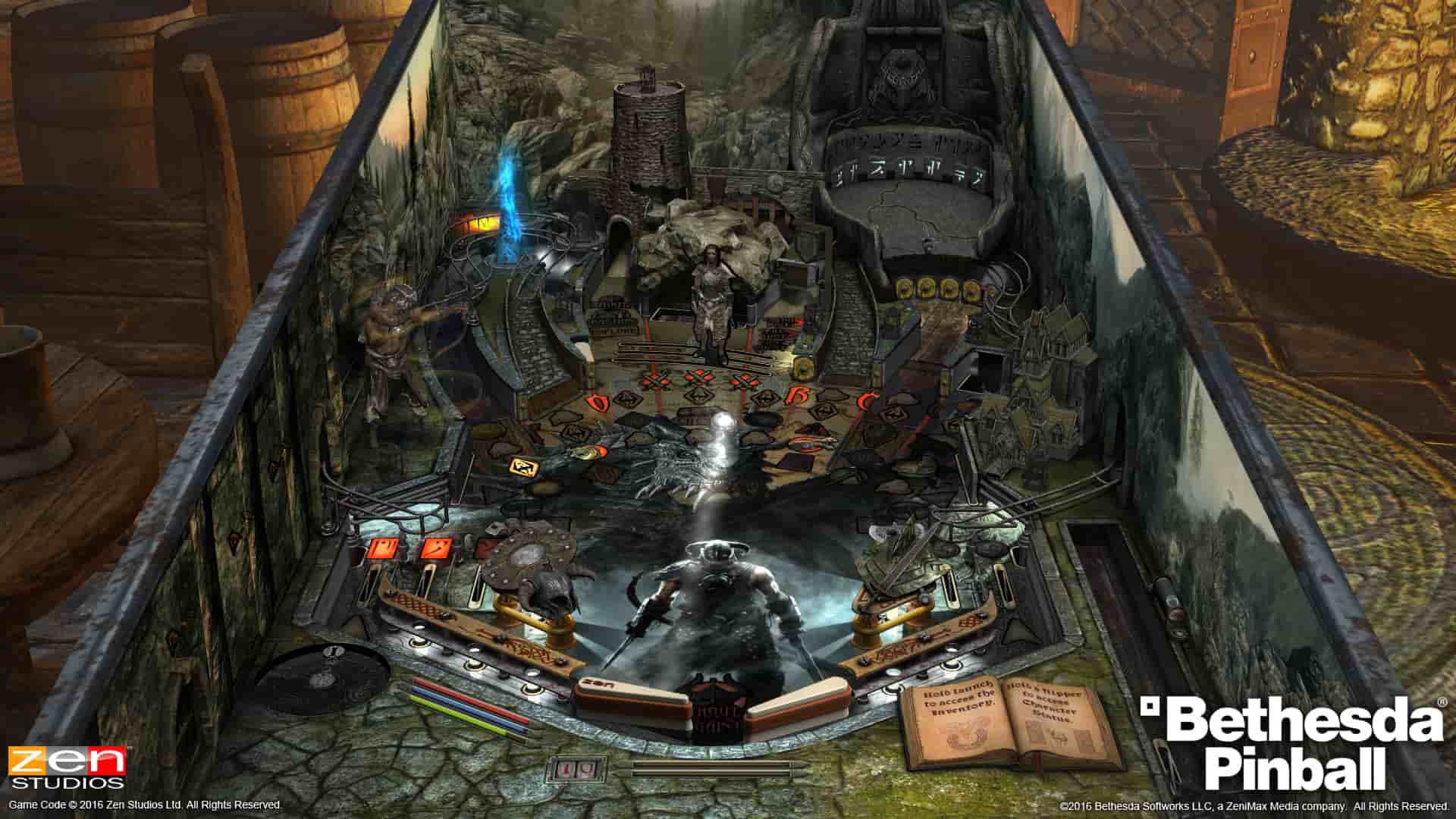 The main aim in the Fallout table is to collect bottle caps by joining factions and exploring vaults whilst a giant mutant berates you from the corner of the playing field. Bottle caps can be used to purchase necessities from the shop, like repairing armour to reduce radiation exposure or buying a bottle of Nuka-Cola to give your character a radiated health boost. Another way to use your currency is to play a mini space invaders game called Zeta Invaders on the Pip Boy. It’s a great little nod to the easter egg that was found on the Pip Boy in Fallout 4 (as well as that rubbish plastic peripheral that you could jam your phone into).

Despite having fun with the Fallout table, I did find it the weakest of the bunch. Even though you can randomly choose your character to save time, I felt like the whole manual process of creating one was a bit of a chore every time I started a new run. I also didn’t really see how it made much of a difference whether or not you randomise the character anyway. It has the most open playing field of the package too, which can make it seem a bit barren in comparison to the others. It does feel like Fallout though, and for those who hold a strong connection to it may certainly get a lot out of it.

The The Elder Scrolls V: Skyrim table felt to me the bigger and fuller journey in comparison to what the Fallout table delivered – probably because I could carry over all my stats and progression over to my next playthrough. It takes influence from Zen Studios previous table, Epic Quest, as it was the first to implement such a feature. It’s the more intimate table of the collection with a short distance between the flippers and lanes which caused me to have an easier flow when hitting combos up ramps and entries.

Again, staying within the flavour of the game that it portrays, there’s plenty of references to the multimillion-selling title found here. Having a kickback perk in the outlanes will have your character shouting “FUS RO DAH!” as it propels back into play, and upgrading magic along with other vital stats to fight off bandits works in a similar vein to the franchise. The whole inventory system can be a bit of a slog to navigate, though, as it clumsily attempts to restrict the controls to the flipper triggers and plunger button.

The Bethesda Pinball collection is a decent addition the Pinball FX3 library. Sure, the DOOM table trounces over the other two with a BFG 9000, but that doesn’t mean that they’re disappointing by any means. Each one really does emphasise the game that it is based on, while the sound and visuals to all three are top notch. It’s just that the DOOM one looks, sounds and plays so well, it’s easy to ignore the others as a result.