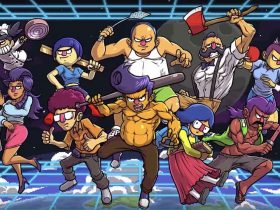 Versus Evil and Obsidian Entertainment have revealed plans to release a Pillars of Eternity II: Deadfire Ultimate Edition on Nintendo Switch.

The Unity-powered role-playing game’s narrative centers on the god Eothas, who, once thought to have been destroyed, has returned to life as a titanic statue.

As the Watcher of Caed Nua, it is down to you to discover his true purpose and decide whether to help or hinder his efforts.

Pillars of Eternity II: Deadfire Ultimate Edition will release at retail and on the Nintendo eShop for Nintendo Switch worldwide in 2020.