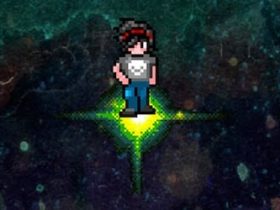 Jupiter’s timing with their next entry in the Picross S series couldn’t be better. Restricted to our homes for the foreseeable future a game like Picross S4 feels like the perfect way to see those hours melt away all whilst keeping your mind active. Sure, these last handful of week’s I’ve had my hands full blasting away demons in Doom Eternal or tending to my island in Animal Crossing: New Horizons but let’s be honest, neither is really taxing my brainpower. They’re rewarding but not in the same way that a new Picross game usually is.

It’s always tough reviewing these games, not because they’re bad or difficult to explain, but rather because they offer exactly what you expect them to. A series of logic-based puzzles that require you to fill in a grid of squares based on information given for each line and row. Similar to Sudoku, it’s all about gradually figuring out what goes where bit by bit. Where one filled in square can suddenly provide you with enough information to decipher the contents of an entire row. Each batch of pixelated puzzles you’re solving in Picross S4 is new, covering a wide range of random objects and living things including a cannon, paper airplane and flask. So too are the five larger puzzle grids but at the end of the day it’s still Picross and you either enjoy them or you don’t.

So, what’s included this time around? It seems Jupiter have taken a rather ‘everything but the kitchen sink’ approach with Picross S4 with every mode added over the last three games making an appearance here. You’ll find 150 standard Picross puzzles that escalate in size and complexity the deeper you progress. Mega Picross throws in the added complexity of information sometimes referring to pairs of adjacent rows or columns but much like past games disappointingly uses the exact same pixelated images as the standard Picross puzzles. Colour Picross makes a welcome return, tasking players with having to deal with numerous colours when filling in squares instead of just the one. Clip Picross is another winner, featuring five larger images broken up into smaller Picross puzzles. Gradually filling in the scene puzzle by puzzle is hugely satisfying as you try to guess what it is you could be piecing together along the way.

In terms of new features, Picross S4 doesn’t add anything too noteworthy. It’s definitely a case of more of the same – though this isn’t necessarily a bad thing. Perhaps the only real fresh-feeling addition comes in the shape of a pair of intimidatingly-sized puzzles reaching 30 squares by 30 squares. Even crazier still are the three 30-by-40 grids that unlock if you happen to have save data from Picross S, S2 or S3. Completing these is a truly mammoth task and one I’m not sure if I’m sold on just yet. While I do enjoy a good challenge, dealing with 1,200 small squares can become too overwhelming not to mention tough to navigate especially when playing in handheld.

Picross S4 features all the polish and features that have made the previous entries so accessible and enjoyable to play. Tutorials help educate newcomers on the world of Nonograms and the game’s many modes and their rules. The hint system remains a brilliant way of allowing the player to choose how much help they have when solving puzzles be it highlighting rows and columns the player should focus on next or kicking off a puzzle with a random row and column already solved for you. Similarly, the presentation is simple, clean and crisp whether playing on a TV or in handheld mode – although the latter can struggle a little with the ludicrously sized grids. Even when in two player mode, both players darting about and filling squares, there’s rarely moments of confusion or mistakes being made. In fact, having a friend in tow offers a fun alternative if you’re looking to take a break from some solitary Picross-ing. The fact the game also counts how many squares each player has successfully identified adds a fun albeit minor competitive element to the mix.

Jupiter has delivered yet another quality entry in its Picross S series this time cramming more content than ever. If you’ve yet to be hooked on the addictive power of Nonograms (surely not) then this will do little to change that, however for fans after more and even bigger grids to fill then don’t hesitate to pick up Picross S4.