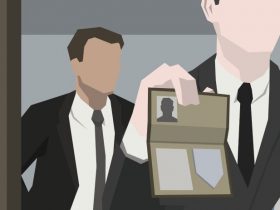 This Is The Police Issues A Warrant For Nintendo Switch

Funbox Media and Moragami Co. have revealed that the physics-based puzzler Contraptions will release on Nintendo Switch next week.

Your goal is to “fix wacky contraptions that perform simple tasks in indirect and convoluted ways,” so that you can rid each level of the monsters that inhabit it.

Whether that be using camels as trampolines, champagne bottles as cannons, balloons to lift objects, or firework wheels to drive conveyor belts, there are more than 100 puzzles to solve in five different worlds.

The objects that you use to form your contraptions are affected by the laws of physics, and, to add an extra challenge, must be used to create a chain reaction – moving and placing broken parts to make it whir into action.

Contraptions will release on the Nintendo eShop for Nintendo Switch worldwide on October 10th priced at ($9.99).