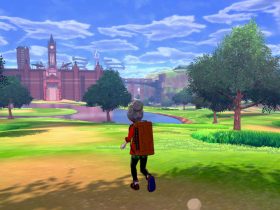 Explore The Wild Area In Pokémon Sword And Shield

NIS America has announced revised release dates for Penny-Punching Princess on Nintendo Switch, their isometric brawler that takes place in a world ruled by capitalism and where cash is king.

As Princess, players must use the money that they gather to bribe enemies to fight for them or activate deadly traps to turn the tide of battle, and, when neither option is available, you can simply smash everything that stands in your way with your mighty fists.

Recruiting or buying flunkies will unlock stronger equipment for you, while there are more than 70 special moves to master based on the weapons that you craft.

The “madcap romp of dollars and dragons” will see you fight your way from nothing, and your ultimate goal is to accumulate enough treasure to take on the mighty Dragoloan Family to reclaim your kingdom.

Penny-Punching Princess will release for Nintendo Switch in Europe on March 30th, and across North America on April 3rd.