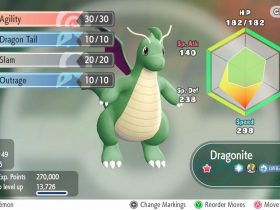 This past couple of months have been a real treat for me when it comes to golfing games on the Nintendo Switch. Golf Story took me on a wonderfully weird journey that saw me digging for buried treasure using my sandwich and even fighting off hordes of the undead with well-placed shots while Neo Turf Masters offered an addictive arcade experience full of charm and surprisingly tough to well… master. I thought that would be me done when it came to hitting little white balls on my Switch (at least for a little while), however, Giant Margarita surprised with its multiplayer-focused effort, Party Golf. Time to break out the clubs one more time.

Party Golf plays a much simpler round of golf than you might expect, with controls stripped to their core (direction and power) and all the action taking place entirely on a 2D plane. Sportsmanship is thrown out the window here, in favour of unorganised chaos, players all taking their shots at the same time and able to interfere with each other too. This means countless shots ricocheted off their trajectory thanks to the well-timed sabotage of a friend.

Speed is key to victory here with the first to sink the ball winning most points and the remainder distributed based on finishing position or distance from the hole. The competition continues until the point threshold has been reached. That’s really all there is to the gameplay of Party Golf. And while this may seem a little simple, it’s the game’s wealth of options that will keep you coming back. 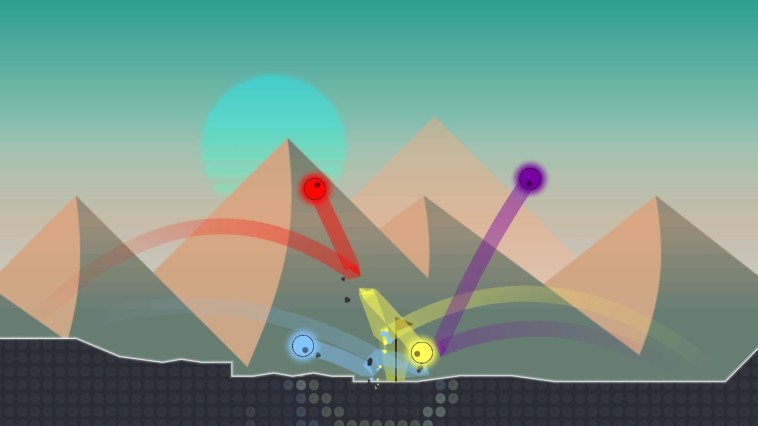 Firstly the stages themselves are all procedurally generated meaning you’ll never face the same environment more than once. Sometimes the hole may be no more than a simple slope away while others might combine narrow corridors with sharp edges. It’s the choice in how you play however that is the real highlight allowing you choose from a pre-set selection of modes or adjust everything to your specific liking even down to the wind speed, water level or power-ups.

When it comes to the quality of the modes themselves, as you might expect there are some that are fun and some that you’ll probably try them once and move on. Highlights for us included using fruit shaped golf balls (a real pain for the one who ended up with the banana), trying to grab coins for extra points and playing entirely in the dark where the course is only revealed through the trajectory of your shots. Then there are explosive mines, a mode where you only get a single attempt to land the ball in the hole and one where the winner is based on who can find the shortest route. I’m really only scratching the surface here as the list of modes goes on.

Sure, you could argue that a lot of that list can see luck play a role in who wins and loses which to some may frustrate and even turn them off, but that’s not to say they aren’t at the very least fun or funny. It sucks to have your perfectly lined shot smacked away by a friend but at the same time, it’s just as satisfying returning the favour in a later round. And despite the inconsistent quality of modes on selection, as you might expect you’ll soon find the winners of which there are enough to keep you busy. All this before you’ve even ventured into crafting things for yourself. 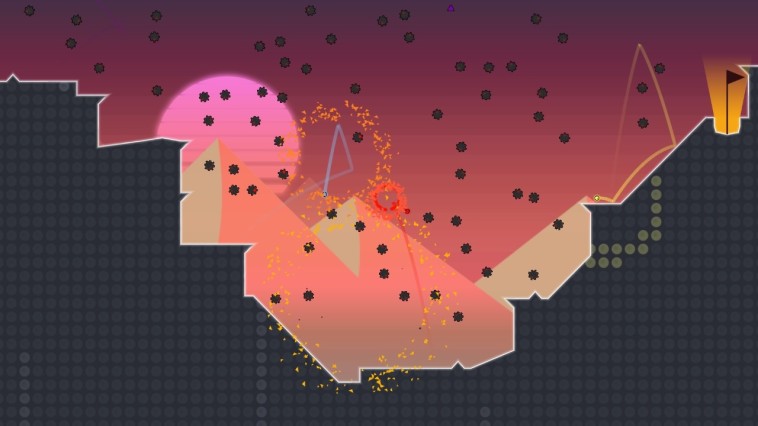 If you want to take a few from the first column then a little from the second then Party Golf encourages this kind of experimentation with open arms. Everything from how the camera reacts, water level, ball size and shape, environmental hazards and even as deep as manipulating the way scoring or the rules work can all be tweaked to your liking. You really are spoiled for choice and the more you toy with the game’s options the more unique and fun ways to play you’ll uncover.

When you have a handful of people in the room all huddled around the television, Party Golf is at its absolute best, competitions heated and the banter in full swing. If you can manage to gather eight individuals you’ll still find a fun time here, albeit a rather jumbled, at times far too chaotic one. The Switch’s Joy-Con work fine too in bigger groups given the fact you really only need to aim and shoot.

Playing the game alone is where things start to fall apart though. All the modes previously talked about are available however the whole experience feels a little heartless especially when compared with playing against other human players who can react in unexpected ways and also trash talk. Party Golf does try to offer something a little extra to single players in the form of trials however again these feel like no more than filler. It’s a shame as this really hurts its appeal for those who aren’t in a position to play with groups on a frequent basis.

As a single player experience, Party Golf makes for a tougher recommendation, the overly simplistic gameplay wearing thin quickly and its trials not offering enough to hold your attention. If you’re looking for a simple, pick up and play, frantic multiplayer game though, then Party Golf should offer enough laughs to keep you and your group entertained. With an insane number of customisable options and the ability to share the fun with up to eight players, Giant Margarita’s take on the golfing genre is a unique one, if somewhat simple.