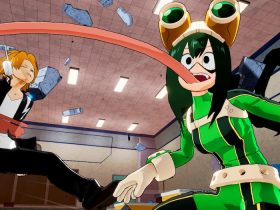 Nintendo UK has revealed a Paper Mario: The Origami King pre-order bonus for those that choose to buy the upcoming paper-based RPG from the Nintendo Official UK Store.

Those that pre-order Paper Mario: The Origami King (£49.99) will receive an Origami Sheet and Magnet Set, letting you construct your own characters from the game in real-life.