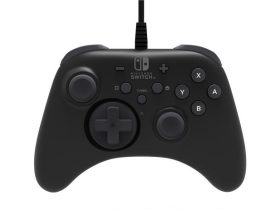 With the promise that further updates and fixes are “coming soon,” this update has introduced an additional soundtrack from Panzer Dragoon Saga and Panzer Dragoon Orta composer Saori Kobayashi.

There has also been some rework made to the special effects, updates to cutscenes, HP adjustments to rebalance gameplay and more changes.

Panzer Dragoon: Remake is now available as a timed console exclusive on the Nintendo eShop for Nintendo Switch worldwide.