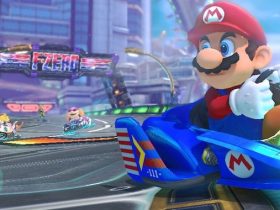 This has remade the SEGA Saturn classic, that, while staying true to the original, has seen the developer work hard to improve the graphics and controls for modern consoles.

It takes place on a far, lone planet, where you encounter two dragons from ancient times that have awoken.

Carrying a deadly gun from the past and, with the guidance of your armoured blue dragon, you must fulfil your destiny to keep the Prototype Dragon from reaching the Tower.

That will see you soar through seven levels, defeating the evil giant dragonflies, frightening man-sized wasps, giant sandworms, and lethal flying battleships that try to stop you.

Panzer Dragoon: Remake is now available as a timed console exclusive on the Nintendo eShop for Nintendo Switch worldwide.