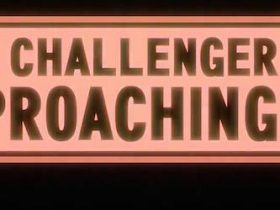 Wedbush Morgan Securities video games analyst Michael Pachter has once again turned his attention to the Wii U, having recently stated that he doesn’t think that the console will be as popular as Nintendo expects.

This time he discusses pricing and its online service, commenting that Nintendo “have a serious problem” if the Wii U hits retail for any more than $299, and that Nintendo Network will be “absolutely essential” if it is to stand a chance of competing.

“My guess is $299, and I think that if they do charge that then the Xbox 360 is going to instantly get cut to $249. Possibly even cheaper, and the PS3 will also be priced cheaper”, Pachter explained within the latest episode of Pach Attack. “If they charge $249 they have a shot, if they charge more than $299 then I think they have a serious problem”.

It was previously announced that the Nintendo Network would allow digital distribution of packaged software for both Nintendo 3DS and Wii U, tying such content to individual accounts rather than to the console in use as Nintendo have done previously. Pachter believes that they are focused on delivering a more thorough online service to users, commenting that “in order to compete they have to do it”.

“Will Nintendo improve their online service? Well, they’re starting from scratch so any online service at all is an improvement. So that one’s an obvious one to me, they have to”, he begins.

“We have migrated from the days of single player gaming to the days of multiplayer gaming. It is absolutely essential if Nintendo wants to compete with the Wii U that they improve online service. I think Nintendo is focused on it, I just think this is a new thing for them.