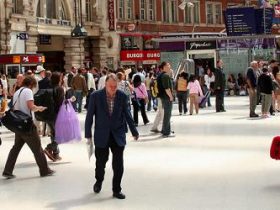 It all sounded promising. THQ, Codemasters, SEGA, Ubisoft, Bandai Namco Games, Tecmo Koei and Warner Bros. Interactive Entertainment all openly pledged their support behind Wii U after the console’s E3 2011 reveal, and EA discussed an “unprecedented partnership.“ But it soon went sour.

Despite Nintendo’s impeccable first-party software, their inability to court third-party publishers has readily been criticised at every turn. Now Wedbush Securities analyst Michael Pachter has weighed in once again, stating that the company are “still in denial” about the console’s failings, and that they have done an “abysmal job” in enticing third-party support.

He continued, “They need a new console that’s competitive with Xbox One and PlayStation 4. If Xbox can sell at $349 Nintendo could make it and sell for $249. They won’t because they still live in that old console world where they think they need to make a profit on the hardware. That means if they make a competitive console it would be more expensive.

“The problem is I think they did a bad job with third parties with the Wii and they’ve done an abysmal job with third parties with the Wii U, so I don’t think third parties would come back for a new console. If they come out with a new console and it is essentially identical programming language with the Xbox so the cost to port a game is zero, I’m still skeptical that third parties would support it. They possibly would, but only if the cost was so low. And that’s the problem. Ubisoft got really burned on the Wii U making dedicated titles like ZombiU. Activision stopped making Call of Duty for the Wii U, and EA hasn’t ever made a game for the Wii U. I don’t think they come back.”