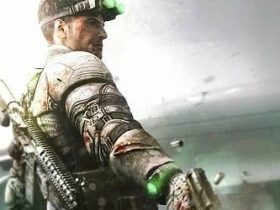 Wedbush Morgan Securities analyst Michael Pachter has touched upon the subject of when gamers can perhaps expect a Nintendo 3DS Lite to hit the market, citing Christmas 2012 – Summer 2013 as his expectation.

Having been asked his thoughts during the latest episode of Gametrailers’ Pach-Attack series, Pachter responded: “You know, the answer is Nintendo iterates its products usually about every 18-24 months. So I’d say 18 months from now. I’d say the price – same, maybe a little lower. It really depends on how well the 3DS is doing at the time.”

He continues, “I kinda think that the steady-state long-term 3DS price is more $199ish rather than $249. So my guess is the price will stay the same if the 3DS is down to $199 at the time, but I don’t know what it’ll be and I don’t know what the feature set will be.”

However, that didn’t prevent Pachter from hazarding a few guesses, placing his prediction on Nintendo somehow formulating a way for 3DS owners to output the photos that they take on the handheld to a 3D display – perhaps even via Nintendo’s soon-to-be-announced new home console.

“My guess is a better camera, my guess is it’ll transfer the image from the camera to a 3D display,” Pachter predicted. “You probably can do that now but I don’t know how to do it, and I think they’ll make it easy – there’ll be some kind of cabling that’ll run directly to your television or something, or perhaps go through your Wii 2 to get to your tv. But, some way you can display the 3D image onto a 3D display. But, again, a very premature question because the 3DS just launched and I think we should let Nintendo have at least 18 months – so my best guess is Christmas 2012, possibly Summer 2013.”

Is the potential for a Nintendo 3DS Lite holding you back from purchasing the latest handheld system?