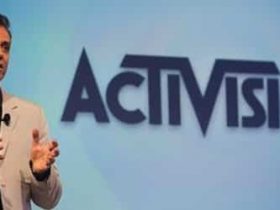 Activision keen to “add to the appeal” of Wii U

PAC-MAN will soon attempt to satiate his unending appetite by munching his way to Wii U later this year, Namco Bandai has announced.

PAC-MAN and the Ghostly Adventures promises to follow the storyline of an accompanying animated series that has been created and produced by Avi Arad, well-known as Marvel Studios’ director and founder.

Revolving around Pac-World, the vibrant universe finds itself succumbing to the control of the Netherworld Ghosts and their evil leader Betrayus. Naturally, all hope of recovery rests with the last surviving yellow Pacworlder, and his signature appetite.

Ghost-chomping mechanics return but with powered up variations, although the franchise’s origins will also return through the retention of classic elements such as Ghost encounters.


“As one of the most iconic and popular video game characters, PAC-MAN has virtually become the symbol of our company,” says Namco Bandai Games Europe’s senior vice president Olivier Comte.

“As a wish to renew the PAC-MAN franchise and bring it to the new generation of gamers, we are proud to introduce a brand new concept in the PAC-MAN universe, with PAC-MAN and the Ghostly Adventures.”

PAC-MAN and the Ghostly Adventures will release across Europe and Australasia on Wii U in winter, with a separate side-scrolling version for Nintendo 3DS also in the works.