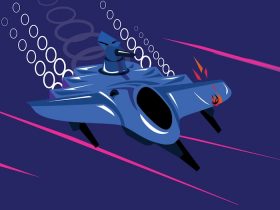 Uncover The Secret Behind Cycle 28 On Nintendo Switch

SOEDESCO has announced that Owlboy will receive a physical release on Nintendo Switch, although, while the game is now available on the Nintendo eShop, you will have to wait until May.

Described by developer D-Pad Studio as “a love letter to pixel art for a new audience,” the game sees players assume the role of Otus, a mute that is struggling to live up to the expectations of owl-hood.

When the sky pirates suddenly appear things spiral from bad to worse, leading players on a journey through monster-infested ruins that are packed with unexpected encounters, well-kept secrets, and burdens that no one should have to bear.

Owlboy is now available on the Nintendo eShop for Nintendo Switch worldwide and will be released at retail on May 29th.