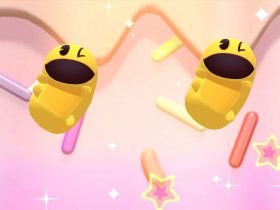 Nintendo has revealed that Snack World: The Dungeon Crawl Gold will release on Nintendo Switch.

When the evil mogul Sultan Vinegar attempts to resurrect the Deodragon, Smörg Åsbord, the whole of Snack World is threatened.

After customising your character you will join the heroic treasure hunters Chup, Mayonna, and the gang on their slapstick comedy-filled quest to restore order to the land of Tutti-Frutti.

You will have the chance to shop at curiously state-of-the-art convenience stores for supplies and to optimise your gear.

Then, you must search for rare treasure and loot in procedurally-generated dungeons – using Snacks to summon special allies to assist you in battle, while switch up your equipment on the fly to gain an edge in combat.

There’s also the chance to team up with up to four friends online or in local co-op multiplayer to take down big bosses “with even bigger attitudes.”