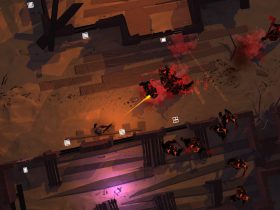 Send Demons Back To Hell In Ritual: Crown Of Horns On Nintendo Switch This November

Zodiac Interactive has revealed that One-Way Ticket’s release on Nintendo Switch has suffered a delay.

Previously scheduled to arrive on the Nintendo eShop this past week, it will now hit the digital store in November.

The visual novel has been “loosely based around actual events,” in which a group of men and women become stranded at sea on a long-distance fishing vessel.

As they start to discover that crew members have been killed, they realize that their very humanity is at stake.

One-Way Ticket will release on the Nintendo eShop for Nintendo Switch worldwide on November 28th priced at £5.39 ($6.99).