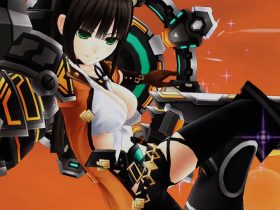 The last few weeks have been pretty busy for Bandai Namco Entertainment. First, they bring their in-house Pokkén Tournament DX to the masses, a week later we saw the Dimps developed Dragon Ball Xenoverse 2 soar onto the system, and now we have Japan’s most famous gang of Straw Hat Pirates drop the anchor with One Piece: Unlimited World Red Deluxe Edition.

Developed by Ganbarion, this bandy arm brawler first saw its initial release way back in 2013 on Nintendo 3DS. Since then, it has been ported to pretty much every Japanese-born system out there including the Wii U. Now nearly five years later in what happens to be the 20th anniversary of the world’s best-selling manga, Luffy and the gang make a return to our shores along with a chest full of unlocked downloadable content booty with them.

Far from being your generic swashbuckling pirate adventure, the One Piece series was originally coined from the imagination of Eiichiro Oda. It stars a young lad named Monkey D Luffy, who consumes a devil fruit that grants him the rubbery ability to stretch his limbs further than Dhalsim could ever dream of. This gift isn’t without its side effects, however, for he will sink like a rock if submerged into the sea. Naturally, he decides that he wants to become the world’s greatest pirate and search for the legendary treasure known as One Piece.

On his journey, he recruits new members to his team such as “Blackleg” Sanji, the chain-smoking chef of the crew with amazing kicking abilities, “Pirate Hunter” Zollo, a triple samurai wielding warrior who fights with his third sword in his mouth, and Nami, a crafty thief who also acts as the crew navigator. As the series pushes forward, more recruits join the fray with their own unique traits and talents as they pledge their alliance to help Luffy fulfil his ambition to become the pirate king. 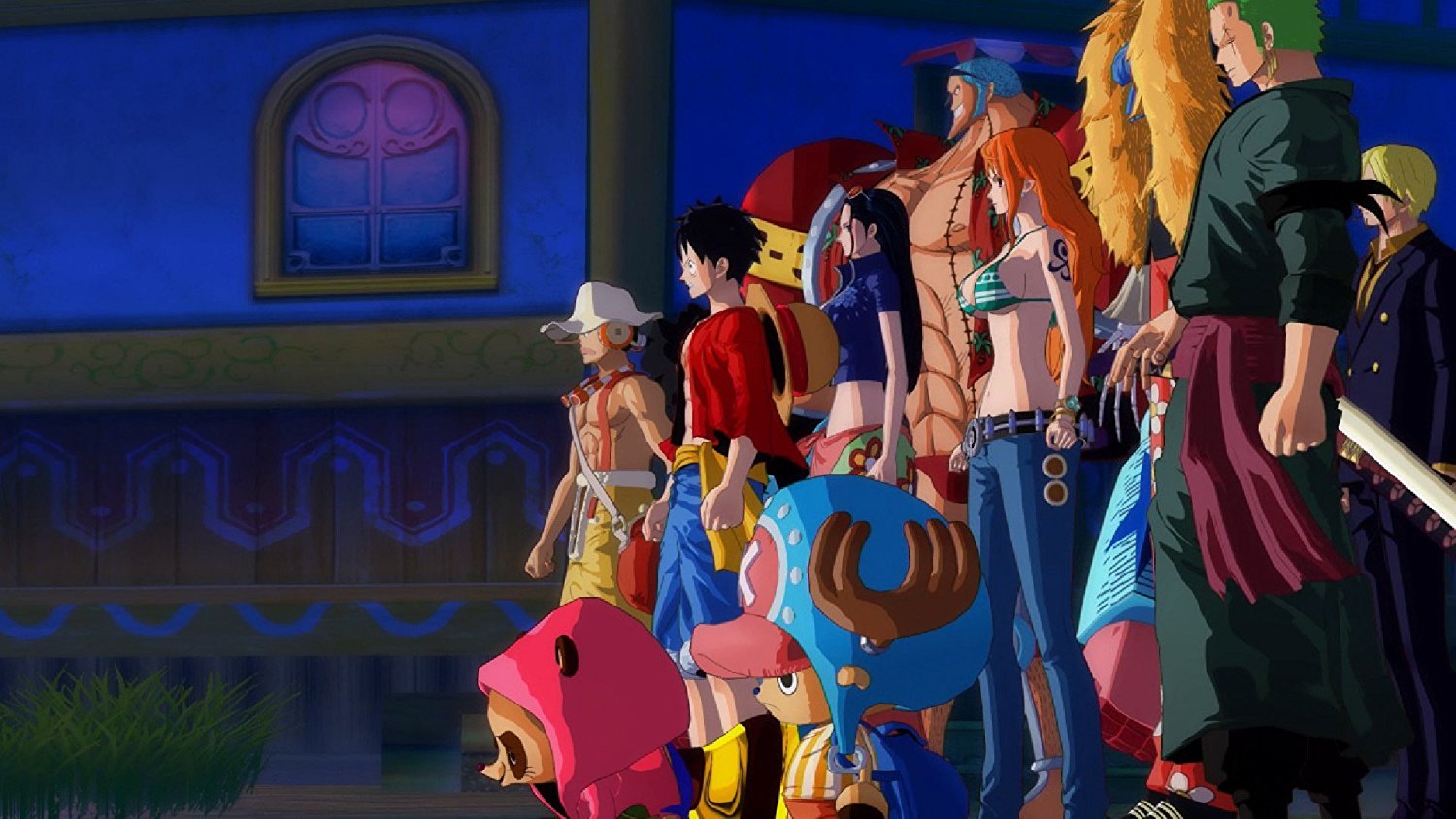 Instead of just treading familiar waters, One Piece: Unlimited World Red Deluxe Edition tells a standalone story solely crafted for this game. In fact, Eiichiro Oda had taken the time to design two characters and a script exclusively for this adventure. The first being the main antagonist, known as Patrick “Red Count” Redfield, a tall legendary and powerful pirate with a jester-like chin wearing a sinister smile to match, and his pet Pato, a cute little tanooki that has the ability to doodle stuff on a leaf and materialise it into reality.

We begin our adventure with Luffy and the rest of the Straw Hat crew as they dock their ship and disembark into a young place called Trans Town. This acts as your main central hub where you can organise your crew’s inventory, select side quests, purchase items, and carry on with the story among other things. Players can also talk to the townsfolk that occupy the area including landlady Yadoya, who persuades Luffy and the crew to help extend the town using spoils that you pick up throughout your journey. These flesh out the variety of things to purchase to help you along the way. Players can throw themselves around the town using their rubber arms, which works in a similar fashion to the grapple gun in the Batman: Arkham games, which, strangely enough, isn’t something that you are able to do during the actual levels.

The levels themselves are in the form of a generic cut and paste platform brawler. You begin each chapter with your elected crew members, then fight your way through groups of enemies. Halfway through, you will run into a blocked area of which a special “Word” is needed to advance. After a bit more brawling, finding the said word in a treasure chest, having another tussle, and then taking on a boss, you can then push on further. This, pretty much, is a consistent theme that runs through the entire game. It’s perhaps expected from the genre, but this sort of gameplay only really works if the combat itself is interesting. Unfortunately, this is where it lacks the imagination that keeps the rest of the game afloat which is very odd considering that brawling is the main focal point of the title.

Basically, you have two attack buttons, a jump, and a counterattack that pretty much spells out to you when to use it. Again, this can be compared to the Batman: Arkham games, even if it is less reliable and a bit more on the nose. Each character has their own specific move sets but the combos themselves have limited variety. In fact, not only can you count the available combo strings on one hand, there’s also no way of earning any new moves as you progress. 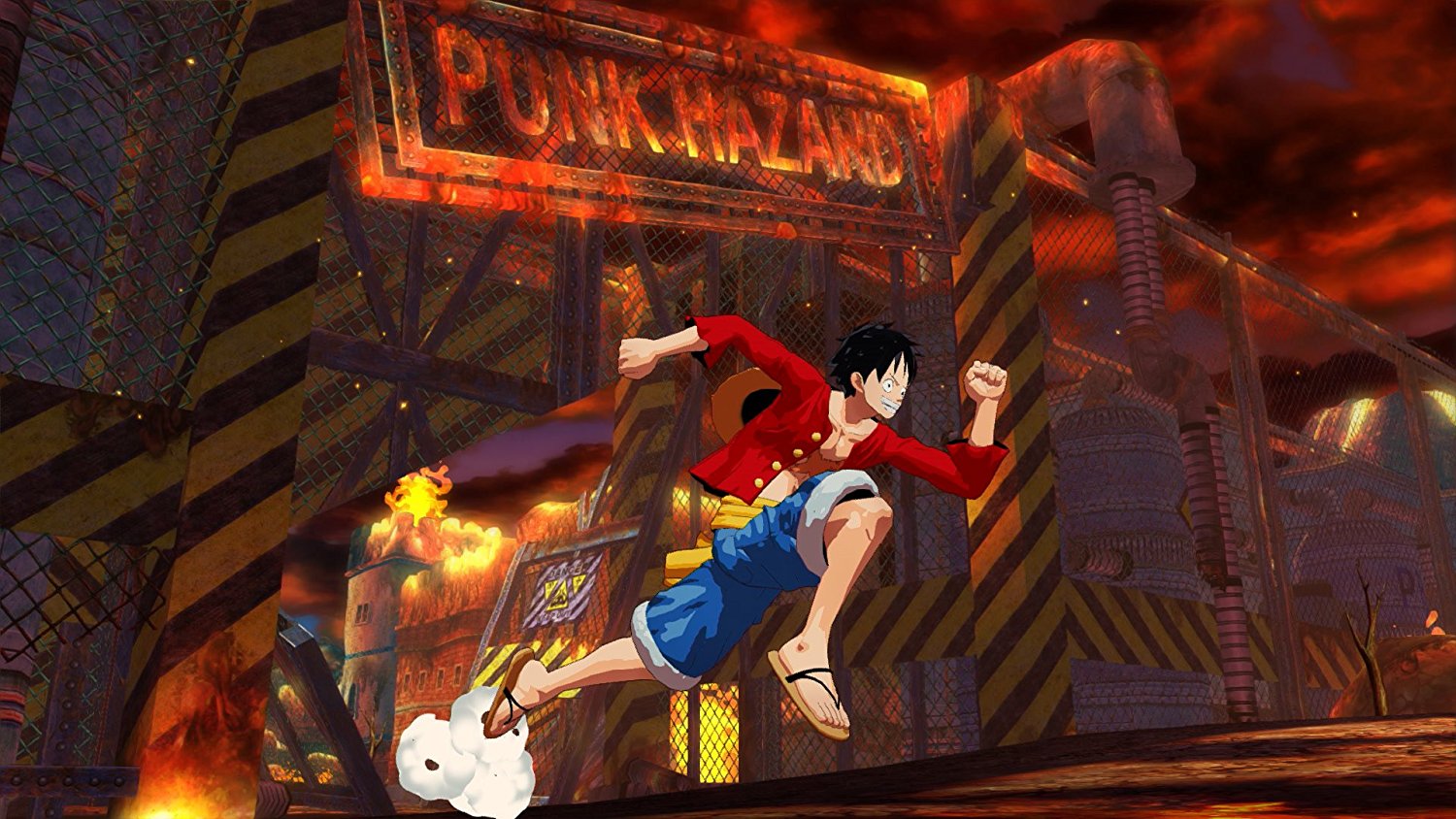 This, unfortunately, makes the whole ordeal much more repetitive than it needs to be. It tries instead to lay out small perks known as “Words” which are confusing labels – as there are several different kinds of them that all boil down to basically improving your crews XP and damage/attack percentages. Which is all well and good but, honestly, I just wanted to learn more moves!

There is a list of simple combo objectives that pop up on the screen during a battle that, when cleared, enters you into a break rush frenzy – making your attacks deal more damage for a very short amount of time. This cool little addition does soften the repetitive blow, if only slightly, as you tick them off your list whilst punching someone in the face. Speaking of frenzy, if you do ever get a chance to play this game, just step back for a moment and watch your better-than-average AI crewmates shoe a poor pirate in like a hipster getting mugged outside a fish and chip shop. It’s somewhat very disturbing, yet mesmerising at the same time.

Despite the shallow combat, there is a lot of charm to this game. The script is sharp, witty, and brings the characters personality out as they are in the anime – with Luffy being the happy go lucky lunatic that he’s well known for. The character visuals are gorgeous – especially the epic boss fights – and, although you can tell that it was originally designed for a platform with less graphical integrity, the level design still looks pretty good with colours that just pop. It also runs at a smooth 1080p 60fps when docked in TV mode, and at 720p 60fps when playing undocked in Handheld mode.

However, one thing that isn’t your ally is the camera. It’s awful. You never really have full control over it as it constantly tries to centre itself getting stuck in the process. It can go janky at times and just be a bit of an overall nuisance. You would’ve thought that half a decade later they could have at least attempted to improve it.

With it being the One Piece: Unlimited World Red Deluxe Edition it has all the downloadable content included. Over 40 slices of it, in fact. As well as various outfits, there are special side quests to venture on. These help to grind for the materials that are required to build the town, making the task feel less repetitive. And then, alongside the main game, there’s also a Coliseum mode where you can climb the ranks as you choose between fighting hordes of enemies or taking on some of the Grand Line’s most notorious pirates in a 1-vs-1 face off – an added feature that’s actually quite fleshed out. 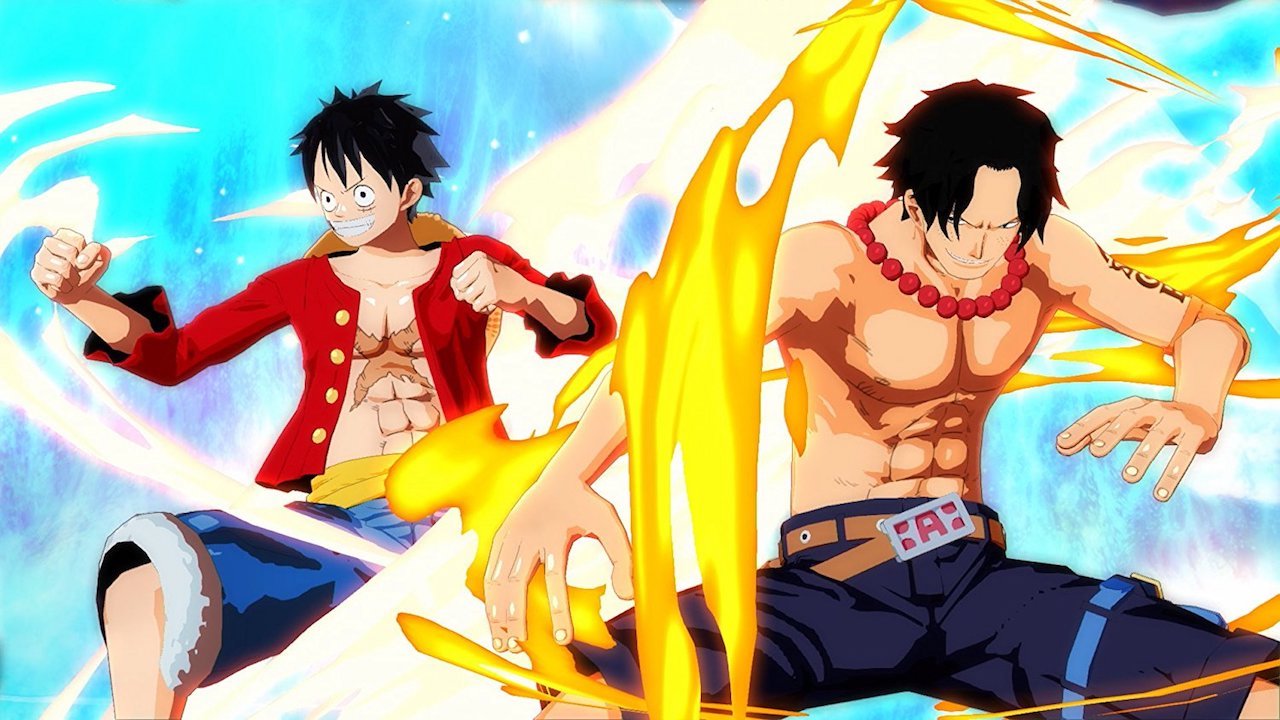 The multiplayer element allows you to share Joy-Con and conquer the opposition together. Here, dropping in and out of the game is a cinch, and I would love to see other games handled in this fashion as it truly is implemented effortlessly. To compensate the amazing camera control this game so stubbornly employs, all you do is give the Joy-Con a little shake and it will centre behind you. That’s not a bad answer to a common problem, but it’s a shame that they couldn’t fix the camera whilst they were brainstorming this feature.

However, there are a few multiplayer issues present. The second player is very restricted to what they can do besides fight. They are also completely invincible and have to rely on the vitality of player one to keep going. If there are no more spare crew members left to control, the game will automatically kick them out in favour of player one, which soon hinders the multiplayer experience. All they had to do was give the second player their own life bar. Honestly, how hard can that be? And, one more multiplayer niggle, is that because the split screen is cut into two 16:9 ratio windows with a background filling the gaps, it makes playing in Tabletop mode that little bit more difficult due to how small the screens are. This also could have easily been sorted by giving each screen a wider field of view.

One Piece: Unlimited World Red Deluxe Edition has so much potential to be a great game. It’s attractive, colourful, and well written, with a stack of content and a great soundtrack to match. I can’t lie, I really did enjoy this title a lot. But, the limited combat and poor camera control do underwhelm. As a Deluxe Edition for a five-year-old game, there was plenty of opportunity to build on these foundations to truly make it the definitive version. Instead, you’re really paying the same amount that you would on an older platform if you were to buy One Piece: Unlimited World Red bundled with the season pass. But, that choice is up to you.