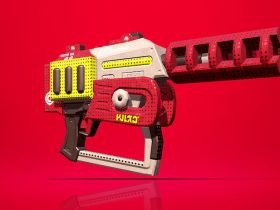 When I started playing Old Man’s Journey, I had no idea what to expect. It had interested me simply from the art style, which reminded me of Flemish cartoons. It has a painterly style combined with hard edges which makes everything feel rather dreamlike. The filled in sections of colour sweep with an almost constant motion, which highly contrasts the style of the game which is much more pensive or meditative. It does reflect that central character, however, an unnamed old man who one day receives a letter in the mail. We aren’t told what the letter contains, only that it triggers the gent to pack up his rucksack and head out walking.

His walk seems endless and along the way he will view people living their lives without a care. As the player, it’s our job to take this man to his destination. He can only walk along one plane of perspective however and by using the touchscreen or a cursor moved with the left stick, we can grip other plains and move them up or down. This allows the old man to continue his walk. 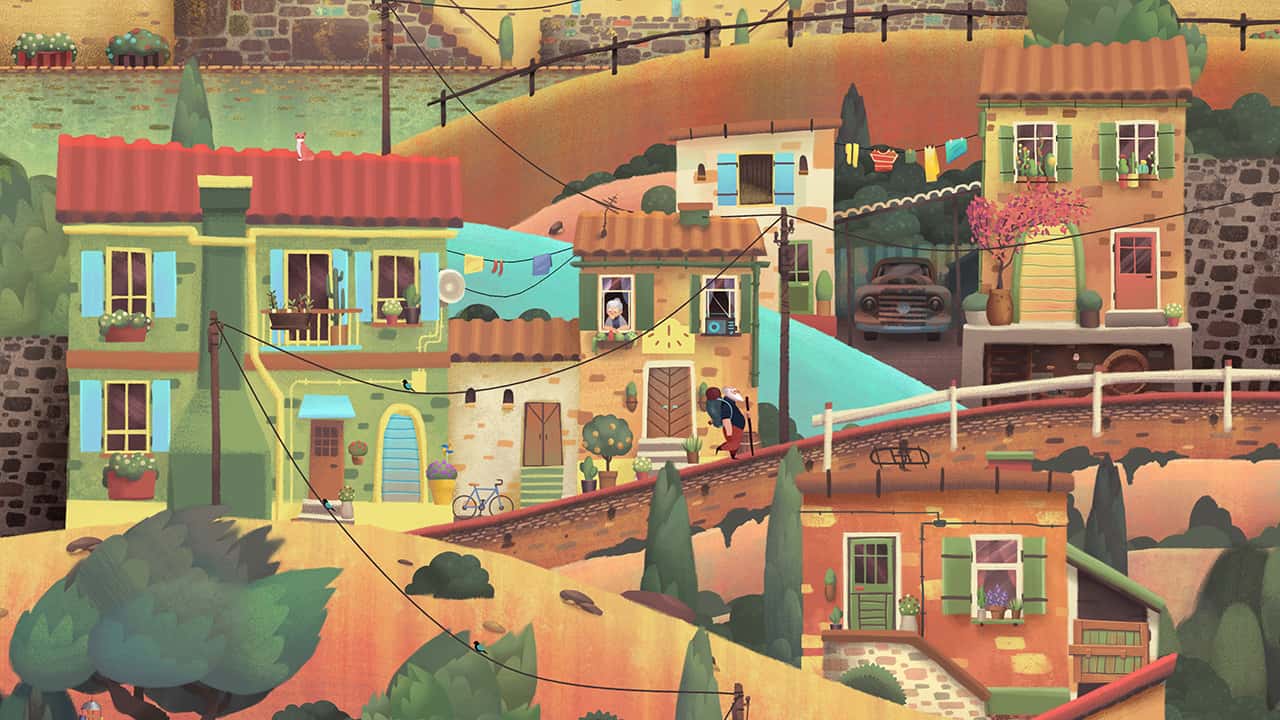 Let’s say he’s walking uphill and you see a building in the distant background. He needs to move backwards through those layers in order to get there. He can only do so if we raise or lower the landscape, creating slopes that shift perspective. At one point he gets onto a train to continue his journey and the player must raise and lower pieces of the track in order to keep the train moving. There’s no penalty; the train won’t crash. The train either stops or travels along while the music carries you away.

It’s an interesting concept but one that doesn’t really lend itself to the word ‘game’ in video game. It’s not really a visual novel either, because there is no dialogue or narration. Yet, it’s a hypnotic experience that calms the soul and soothes nerves. It’s a moment of peace in a world of chaotic action and adventure.

When I first opened the game, I was sat in a busy bookshop cafe. I connected my headphones and sunk a little lower into the chair on which I sat. A melodic tune swelled up and washed over me; an interesting instrumental piece that instantly evokes emotion and made me smile. Within minutes I was moving the world around this man and urging him onwards. I was swept away, relaxing into a game which isn’t really a game. It was utterly charming. 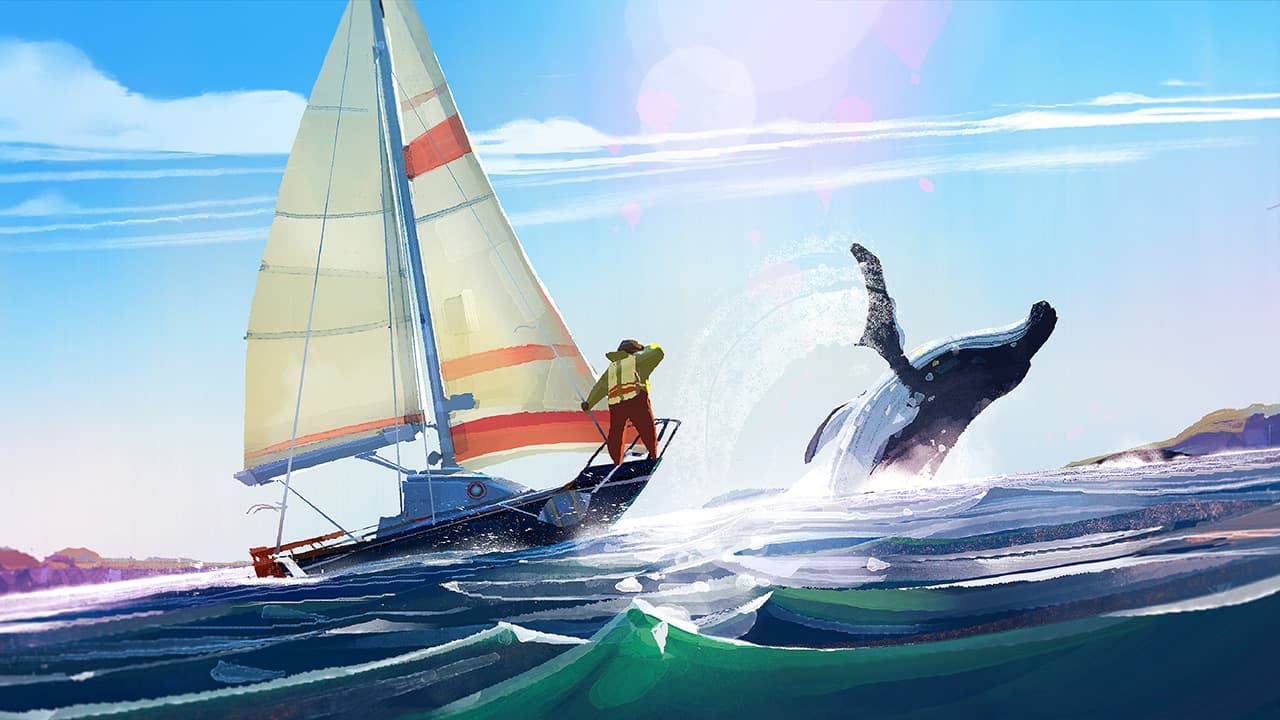 To add to this charm, the developers have implemented moments where the man takes his rest on a bench, zooming into the scene as if stepping into a watercolour painting. Here, you learn you can interact with so many of the pieces of scenery. Tapping a frog will cause it to croak, closing a window in which a lady is leaning out of will cause her to shake her fist at you in alarm. You can nudge wind-chimes, wake cats that lead you down new paths and occasionally you can click on a person who triggers an image.

Within these images, we see the steps of life being laid out. A man meeting a girl. Surprising her with a boat trip. Nothing in these images is interactive, but they each encapsulate a sense of wonder and nostalgia. They reward exploration and intrigue in the scenes. Small mannerisms and gestures from the central character, before and after these images are shown, add a wealth of personality to his two-dimensional form and go a long way to creating a rounded persona, and experience, that is entirely endearing.