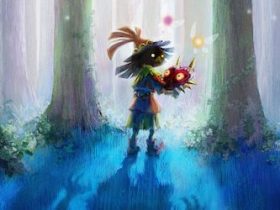 The Pokémon Company International president and CEO Tsunekzu Ishihara has signalled that they will launch an online Pokémon Center for the United States next month.

This will sell items previously only available within the Pokémon Center retail outlets across Japan, such as plush, clothing, stationery and other products that fans will be eager to get their hands on.

“Greetings! The Pokémon Company International is pleased to announce the launch of a new Pokémon Center for the United States – just hatched and ready to say hello!” Ishihara wrote in an invitation sent to selected Twitter users.

“The online Pokémon store features special Pokémon items such as plush, apparel, stationery, and much more. PokémonCenter.com is the place to find brand-new items as well as merchandise previously available only in Pokémon Center Japan.”

Those that received the invitation will be granted a sneak peak at the store from today, with the Grand Opening to take place on August 6th.