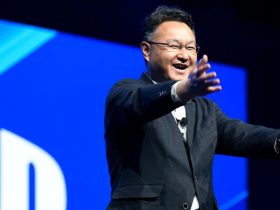 Microids and Oddworld Inhabitants have confirmed a release date for Oddworld: Munch’s Oddysee on Nintendo Switch.

First released for the original Xbox back in 2001, it later received a high-definition port on PlayStation 3 and PlayStation Vita that had enhanced 720p visuals at 60 frames-per-second, remodelled and re-textured character models, and remastered dialogue.

In the game, you must guide Mudokon champion Abe and his aquatic Gabbit partner Munch who must hop and swim his way to bring his species back from extinction.

That will see you use special powers, power-ups and other special abilities to deliver payback as you reclaim the last Gabbit eggs on Oddworld, which have been packaged in a can of Gabbiar.

Oddworld: Munch’s Oddysee will release on the Nintendo eShop for Nintendo Switch worldwide on 14th May 2020, with a physical edition to be released later this year.