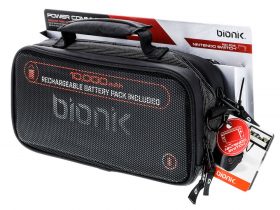 With four days to go until the Nintendo Switch Presentation 2017, excitement has continued to build around our next chance to learn more about the home gaming system.

Another person that is particularly excited to share more with the world is NVIDIA CEO Jen-Hsun Huang, who has previously praised the platform for its “ground-breaking design.”

The home console, which allows users to instantly switch their experience to a portable mode, has been likened to NVIDIA’s Shield TV ecosystem, and Huang was asked at CES 2017 whether their new relationship with Nintendo would affect their plans for the technology.

“Nintendo Switch is a game console. It’s very Nintendo. That entire experience is going to be very Nintendo,” Huang began in his response.

“The beauty of that company, the craft of that company, the philosophy of that company – they’re myopically, singularly focused on making sure that the gaming experience is amazing, surprising, and safe for young people, for children. Their dedication to their craft, that singular dedication, is quite admirable. When you guys all see Switch, I believe people are going to be blown away, quite frankly. It’s really delightful.”

The Nintendo Switch Presentation 2017 will broadcast at 8pm PT (11pm ET) on Thursday 12th January or 4am GMT (5am CET) on Friday 13th January.

The live presentation will be streamed worldwide from Tokyo, and promises to share “major details” about the home gaming system that will include the exact launch date and the game line-up that is currently in development.

After this, a Nintendo Treehouse Live With Nintendo Switch stream will take place on Friday 13th January at 6.30am PT (9.30am ET / 2.30pm GMT / 3.30pm CET), promising “an in-depth look” at games featured in the Nintendo Switch Presentation 2017.