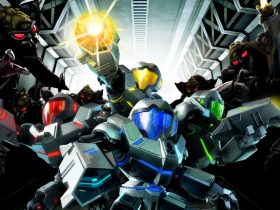 Nordic Games had acquired the rights to the series after the publisher’s assets were put up for auction last April, as well as claiming Red Faction. Madureira suggests that they were “very committed to continuing the series,” although would not detail his involvement.

“Darksiders is not dead!” he exclaimed in a Facebook post where he sought to resolve unanswered questions.

“The new owner, Nordic seems very committed to continuing the series. As far as my involvement, I can’t say at this point. Hopefully we will all have exciting news about the franchise soon!”