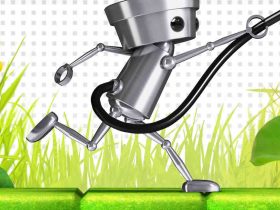 During an interview with Japanese games magazine Nintendo Dream, Tetsuya Nomura has once again hinted that Square Enix may create a sequel to cult Nintendo DS release The World Ends With You.

The decision to record voice acting for Rhyme to include within Kingdom Hearts 3D: Dream Drop Distance, was “out of consideration of the future of The World Ends With You series.” Clearly, the fact that Nomura sees it as a series provides enough of a hint in itself.

Nomura further teased, “Regarding The World Ends With You, I can’t say anything at present… (laughs). But there probably is something.”

Nomura previously teased “a secret team working on an unannounced title”, and hinted that the appearance of key characters within Kingdom Hearts 3D: Dream Drop Distance could be taken as notice of something to come.

Square Enix also filed a trademark for the name within Japan, perhaps hinting that they will build upon the franchise.

[Thanks FF Reunion via MyNintendoNews]