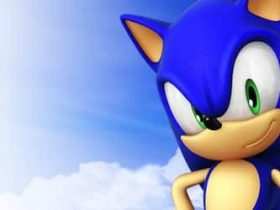 Sold Out and Metronomik have confirmed a release date for No Straight Roads on Nintendo Switch.

The Nintendo Switch port has introduced some additional features that make the most of the portable home console.

There is an exclusive Assist Mode that will let a local player take control of Elliegator, a secret alligator assistant who can help others in battle “by picking up items, transforming props and calling in useful bonuses.”

Thanks to the game’s co-op mode that means that up to three players can team up together, with support for each player using a single Joy-Con. There is also touchscreen support, allowing you to quickly transform props and pick up items.

The No Straight Roads Collector’s Edition will release at retail, which includes an exclusive double-sided vinyl LP with tracks from the game’s OST, a rockin’ 64-page ‘The Art of NSR’ artbook, official No Straight Roads drumsticks and a funky presentation box.

No Straight Roads will release at retail and on the Nintendo eShop for Nintendo Switch worldwide on 25th August 2020.