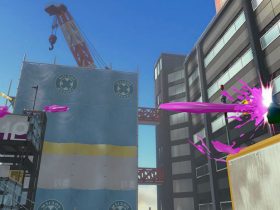 Splatoon gears up with the Mini Splatling

Goichi Suda, aka Suda51, has hinted that No More Heroes 3 may be destined for release on Nintendo’s forthcoming Wii U.

Having been reminded that he previously stated that the third instalment would come to the next Nintendo console, Suda replied “Of course, yeah!” before awkwardly laughing then seeking the nod of approval from his PR to carry on discussing his thoughts.

He then continued, “I promise to not break your heart. However, I was at the Nintendo booth yesterday and today, and I actually had a chance to take the Wii U into my own hands. And as soon as I grabbed it things started swirling in my head.”

“I don’t know if it’s going to be one male character. It seems like maybe there’s a possibility that I may come up with some ideas,” Suda added. “I’ll leave it at that for now, we’ll see what happens. Of course I can’t reveal who that guy is in my head.”

[Thanks, Destructoid via Eurogamer]