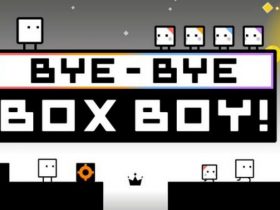 Nintendo’s Kensuke Tanabe has shared his dislike of tutorials, notably indicating why many of the games that he has worked on don’t unnecessarily lead players by the hand in their opening hours.

He draws inspiration from “the older generation of games”, where players needn’t be troubled by such instances due to how carefully crafted the experience had been by the designers for the player to discover everything for themselves.

“Personally, I really, really detest tutorials”, Tanabe revealed to USgamer. “When I pick up a game, I want to play it! So when a game is holding my hand, telling me ‘Hey, do this,’ and ‘Hey, do that,’ I’m like, will you just let me play already!?’

“I believe the addition text-based tutorials really is just a way for the developer to work around having to put in the work necessary to create a game that doesn’t need that tutorial in the first place.”