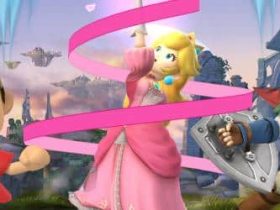 After missing last year’s show for worrying health concerns, it has been confirmed that Nintendo president Satoru Iwata won’t be travelling to Los Angeles next month for E3 2015.

In discussing the reasons behind the decision Nintendo stated that Iwata will tend to “other areas of our business that require his presence in Japan,” while confirming that Shigeru Miyamoto will be joined by Nintendo’s development teams at the industry event.

“Nintendo’s focus for E3 this year will be showcasing the many games we have coming for both Wii U and Nintendo 3DS,” Nintendo of America shared in a statement to IGN.

“Mr. Miyamoto and other members of our development team will be in Los Angeles to explain these games and the unique experiences that each offers. Mr. Iwata’s focus in this period will be on other areas of our business that require his presence in Japan.”

However, it was assured that Iwata will be in “constant contact” with those in Los Angeles, and that he is to monitor Nintendo’s announcements.

Nintendo revealed their plans for E3 2015 last week, which see the return of the Nintendo World Championships after a 25 year hiatus, a Nintendo Digital Event and Treehouse: Live @ E3 coverage.