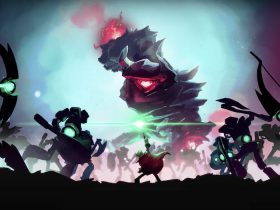 Nintendo’s NX has remained shrouded in mystery, with company president Satoru Iwata repeatedly referring to it as a “dedicated game platform” that they hope will “surprise players.”

However, in discussing how the Wii U continues to be outsold by Sony’s PlayStation 4 and Microsoft’s Xbox One, Nintendo of America president Reggie Fils-Aime has revealed codename NX to be their “next home console.”

That doesn’t necessarily come as a surprise considering the Wii U’s lack of momentum, especially in comparison to the Nintendo 3DS which continues to perform strongly globally – and, particularly in Japan.

“The time frame that these systems are sold is quite long, and right now we’re still at the very early stages of the current generation,” Fils-Aime discussed with The Wall Street Journal. “The other piece I would highlight is this is a global business. Don’t just look at what’s happening here in the U.S. Look at what’s happening globally.

“From a Nintendo perspective, we clearly have strength here in the Americas, we have strength in Europe and we have strength in Japan. That isn’t necessarily true of some of our more direct competitors. We’ve also said publicly that we are already hard at work on our next home console and that’s another element we’ll be talking about much later.”