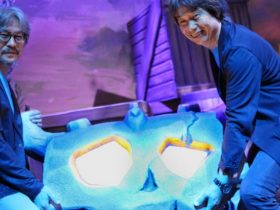 After last night’s news that The Legend of Zelda for Wii U has been delayed beyond 2015 and that Nintendo have chosen not to show it as part of their E3 2015 presentation, Nintendo of America have confirmed that they will instead “be highlighting games launching in 2015.”

Those on Wii U that the company have currently confirmed for this year include Splatoon, Xenoblade Chronicles X, Art Academy, Mario Maker, Star Fox, Yoshi’s Woolly World, and Shigeru Miyamoto’s Project Giant Robot and Project Guard. We can expect that Nintendo have surprises in store, now needing to slot in a big hitter to spur sales throughout the Christmas period.

“As Mr. Aonuma announced, The Legend of Zelda game for Wii U is no longer targeted as a 2015 release. Rather than sticking to a specific schedule, the team wants to make this the most complete and the best game it can possibly be. The new launch timing has not yet been determined,” a Nintendo of America spokesperson reiterated to IGN.

“Because we’d like to focus on developing the game, we aren’t planning on showing it at this year’s E3, where we will be highlighting games launching in 2015. We will let you know when we’re ready to share more specifics.”