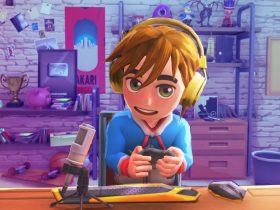 With the general consensus that the Nintendo Direct: E3 2018 presentation was lacking in new Nintendo Switch game reveals, Nintendo of America president and chief operating officer Reggie Fils-Aime has once again spoken about the company’s desire “to surprise people.”

His remarks came in response to a question about why Nintendo’s stock price is on the decline, with investors showing concern that is seems unlikely that they will be able to achieve their ambitious sales target to shift another 20 million portable home consoles worldwide before April 2019.

“Nintendo is a company that loves to surprise people. What that means is when we approach an event like E3 is we show content that’s going to launch over the next six-to-nine months and no more. We always have more surprises, there’s always more in store,” Fils-Aime explained to Bloomberg.

“We know from a company perspective there’s a lot more up our sleeves and a lot more that we have to show over the weeks and months ahead.”

He continued: “For us, we believe there’s a lot more value for the consumer to tell them about content and then launch it, just like we did for Fortnite. And Fortnite already has two million downloads specifically on the Nintendo Switch. So, for us, by surprising the fans and driving this type of excitement, we’re able to move the business forward and that’s what’s most important to us.”