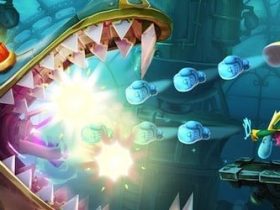 Wii U may not have struck the same levels of success as its predecessor, but Nintendo Canada general manager Pierre-Paul Trepanier has noted growing interest build behind the console with sales momentum being “slightly better” than the United States.

He reasons that is because more parents are purchasing a console for their children, rather than seeing it solely as a purchase for an adult gamer.

“On the consumer front, Canadians seem to prefer console gaming to portable gaming compared to the U.S., and very much so compared to other markets like Japan, where portable gaming is much bigger,” Trepanier shared with Alphabeatic. “Our Wii U momentum in Canada is slightly better (than the U.S.). Canadian gamers love getting together in the living room.”

He continues, “My hypothesis to explain this is there are more parents in Canada buying consoles and thinking of their kids as a priority, versus thinking of a console purchase as one for the adult gamer in the house. The reverse side of it is that we struggle a bit with portable gaming.”

That isn’t all, with Trepanier commending Nintendo’s Canadian fans for being “really passionate” and vocal, which even sees the company’s traditional franchises often outpace other countries.

“Another factor I’ve called out is that our Nintendo fans are louder and there are more of them on a per capita basis,” he explains. “We have an amazing fan base here that the team has managed to build. Call them info-seeking die-hard fans who have been playing for a long time, they’re really passionate. With traditional franchises like Zelda, Nintendo Canada seems to outperform versus other markets.