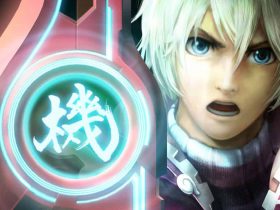 At this week’s Game Developers Conference 2013, Nintendo have discussed a new Nintendo Web Framework initiative that will see the company provide development support for HTML5, JavaScript and CSS applications.

The company believes that it will reduce development times, whilst also allowing easier creation of applications through the use of commonly known web technologies. It will support the Wii U GamePad and Wii Remotes, as well as JavaScript extensions such as video playback.

Nintendo are proactively providing support and engaging with independent developers, this week announcing that their requirements to publish on the Nintendo eShop have been eased.

Nintendo’s global president Satoru Iwata had touched upon such focus, when discussing the development of Wii Street U, saying: “By the way, this service has been developed by a small team mostly using web technologies based on HTML5, not the so-called native codes only for Wii U applications.

“Both Miiverse and Nintendo TVii have been created as web applications utilising browsing engines. The Wii U console is powerful enough to smoothly run such applications as developed in this way without writing any specific programs. We have been able to deploy various services for this console with less in-house development resources in a more timely manner than our previous platforms.

“Now is the time the development of video games for dedicated platforms requires a vast investment. Thinking of diversion of web services, creation of prototypes and development of independent label games, it has become more important to expand the range of software developers.”