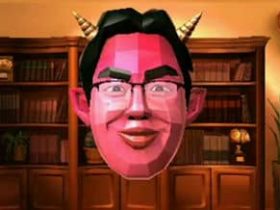 Nintendo of America have announced that they have teamed up with a range of artists to bring 3D music video premieres to the Nintendo Video service.

Encompassing a range of musical genres, Nintendo 3DS owners can look forward to The Shins’ “The Rifle’s Spiral”, directed by Emmy winner Jamie Caliri and taken from the band’s new album Port of Morrow.