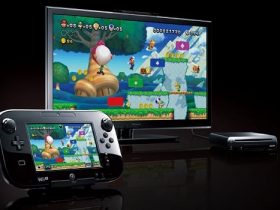 UK Wii U advert banned due to misleading public

It isn’t just the Nintendo Wi-Fi Connection that will soon have its plug pulled, with Nintendo Video also set to be axed at the end of March.

The fate of the 3DS video service, which allowed users to watch 3D videos provided by Nintendo and their partners, joins Nintendo Letter Box in digital heaven, although that had ended for more valid reasons.

Nintendo Video will be terminated from Monday 31st March 2014.