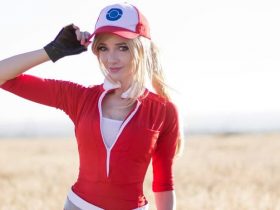 Nintendo UK have revealed that they are “very encouraged” that the Nintendo 3DS is due to have an incredibly successful launch across the UK, with current pre-order figures showing plenty of positive signs.

Such comments were made by Andy Yates, Sales Director for Nintendo UK, who revealed to MCV that the handheld is fast approaching over 100,000 pre-orders within the UK alone.

“We’re very encouraged that it’s going to be a big launch,” Yates explained. “Our target was to get over 100,000 pre-orders – and we’re in line with that. So far, we’ve already beat our personal best for a console launch. With three weeks to go, we’re in a great position, as pre-orders are still building.”

He continued, “Retailers tell us that things are good, and they’re pretty relieved to have a big launch in March; they need something of that magnitude.”

Dawn Paine, Nintendo UK’s Marketing Director also added that Nintendo were hoping for “Wii-style launch proportions” for the Nintendo 3DS, which it is certainly looking set to do so in terms of current pre-order figures.

“I don’t think you can underestimate peoples’ hunger for new technology – the performance we’re expecting comes from the quality of the product. The pre-order numbers are a testament to that,” Paine discussed. “We are building towards Wii-style launch proportions. That has been our ambition all along: to get the UK into a ‘feeding frenzy’ situation. We feel we’ve picked the perfect time to launch the 3DS.”

With under three weeks to go, have you sorted your pre-order yet?