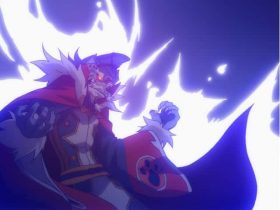 “Quests” and “Battling” modes revealed for Solatorobo: Red the Hunter

Clearly lacking as much experience in the online multiplayer arena as their competitors, Nintendo looked for guidance from Namco Bandai to incorporate such a feature in Wii Sports Club.

It was a process that saw a lot of trial and error, and which ultimately saw Namco Bandai igniting the creative spark that lead to implementing their final idea.

“But when we thought about how we want people to have fun with Wii Sports on the new hardware, the Wii U console, there was no way, given the expectations, that we couldn’t prepare online gaming,” explained Nintendo’s Takayuki Shimamura in the latest Iwata Asks. “So as we began development, we set online gameplay of Tennis – the representative sport of Wii Sports – as our first goal.”

He continued, “In a typical online game, the information of the button presses are sent to your opponent, and the inputs are synchronized between the players. But for this game you have to send complex information from the gyro sensor and accelerometer of the Wii Remote Plus controllers, in addition to information from the buttons, which was a brand new challenge.”

Nintendo’s Kozo Makino discussed how they were unsure whether online multiplayer support would even be possible, the company turning to Namco Bandai to help brainstorm and workshop their ideas. Such collaboration saw them successfully use an idea suggested by a communications programmer at the third-party studio, according to Nintendo’s Ryunosuke Suzuki.

Iwata had also been keen that Miiverse was “put to good use,” and took inspiration from the Wii Sports title change to Wii Sports Club.

“So we thought about how that should work,” Shimamura began. “But if we were to simply implement Miiverse to a sporting game, the winners would probably write cheerful comments like ‘Yay! I won!’ But I bet the losers would hardly write anything at all, like ‘Oh I’m so frustrated I lost.’

“We were concerned that Miiverse would become a cruel place. We also thought many people who play Wii Sports would have never played competitive games online.”

That lead to Nintendo grouping players by regions, pitting those in the same states and provinces against one another in sports clubs.

“Everyone has a hometown or someplace where they live, so we thought about setting it up in a way as if at first you join the sports club in the area where you live,” he explained. “And if we made sports clubs for the various states and provinces, each of the regions could compete.”